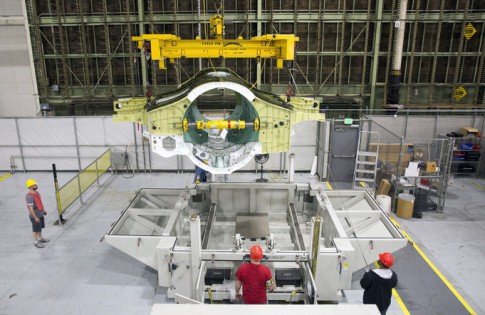 The CWA is a major structural component and represents approximately one quarter of the aircraft’s fuselage. The aircraft’s wings are attached to the CWA during final assembly, which takes place at the Lockheed Martin facility in Fort Worth.

Since the Marietta F-35 team delivered its first CWA in September 2011, all 200 assemblies have been delivered to Fort Worth on or ahead of the final production line need dates, including 51 in 2016. The current Marietta production rate calls for one completed CWA to be delivered approximately every 3.5 manufacturing days.

Approximately 350 people are assigned to the F-35 program in Marietta. In addition to assembling the CWAs on a state-of-the art production line, technicians also apply specialized coatings to the aircraft’s horizontal and vertical tail assemblies and to spare and repaired doors, panels and covers.