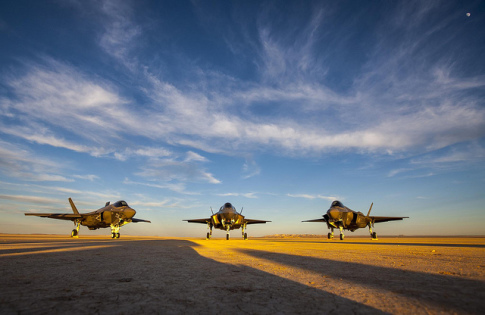 This week Lockheed Martin announced it had reached an agreement to produce the eighth lot of F-35 Joint Strike Fighters. A contract is expected to be finalised in the coming weeks and deliveries are expected to begin in 2016.

The lot – known as low-rate initial production (LRIP) lot eight, or LRIP 8 – comprises 43 F-35 fighters, including the first for Israel and Japan. The U.S. Air Force will get 19 F-35A models, the Marines will get eight F-3b jump-jets, and the U.S. Navy will receive four F-35C variants. The UK and Japan have been allocated four each while Israel, Norway and Italy will each procure two F-35 fighters.

Cost is an on-going concern that has plagued the F-35 Joint Programme Office (JPO). Lt. Gen. Chris Bogdan, the F-35 Programme Executive Officer, has overseen an efficiency drive over the last 18 months to reduce costs where possible. In a statement Lockheed Martin said that “in general, the average unit price for all three variants of the airframe in LRIP 8 is approximately 3.6 percent lower than the previous contract.”

“Today’s agreement is representative of the programme’s ongoing maturation,” said Lt. Gen. Chris Bogdan. “Once production of LRIP 8 aircraft is completed, more than 200 F-35s will be in operation by eight nations. We are glad the Government and LM are completing a fair and reasonable contract for the 8th lot of aircraft.”